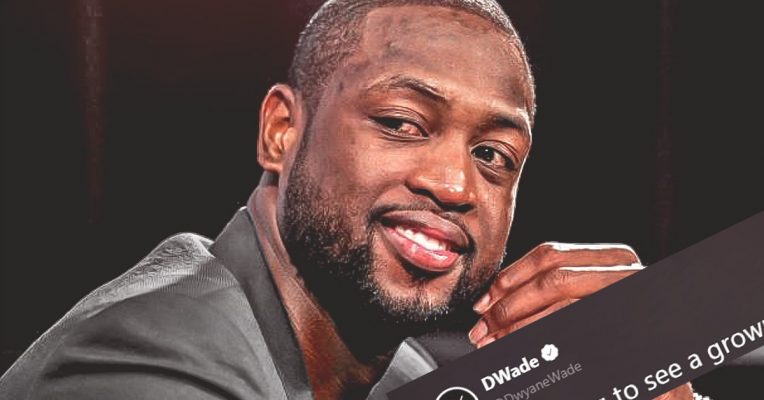 The idea of honoring retired Miami Heat guard Dwyane Wade by renaming Biscayne Boulevard in his honor is a concept that’s gaining greater strength. A local radio host first offered up the idea, but now local athletes are championing the cause.

Anthony Chiang and David Wilson of the Miami Herald offered a summary of how this effort developed:

Wade announced last month that the 2018-19 season would be the last of what’s been a legendary NBA career that will eventually culminate with his induction into the Basketball Hall of Fame.

With the exception of the 2016-17 season and the first half of last year, Wade has spent the bulk of his professional career in a Heat uniform. He played his Miami home games at American Airlines Arena, which happens to be located on Biscayne Boulevard.

Tobin spoke about the process involved:

“I’ve talked to officials with the city who seem very supportive of it, as far as trying to get something done for Dwyane. They obviously think that where he stands in the community, he deserves it. But I guess when it comes to roads, it takes a lot of hurdles. It involves the state and state representatives, and you got to make sure everybody is on board with it. The last I heard is they really want to get something done. But it’s kind of in the process of getting the right people on board elsewhere to actually make it happen.”

Wade was deeply honored by the effort:

“I definitely didn’t expect it. You’re scrolling down social media and you see something like that and then you see the individuals that are in the video. Caron [Butler] was in it, Zo was in it, Shaq was in it and a lot of other players. It was just so cool. It’s not [anything] I’m going to campaign for. But for someone to believe in my legacy like that and believe in what I’ve done for the city, the state, that’s a pretty darn cool thing. I retweeted it because I’m thankful … just for taking the time to make it a conversation and a thing.”

If and when the honor comes about, Wade would join two Hall of Fame legends from the Miami Dolphins, former head coach Don Shula and quarterback Dan Marino, with both having been immortalized in the same fashion.

At present, Wade is more concerned with the fortunes of this year’s Heat team, and will focus on that and let others handle making this accolade a reality.
[xyz-ihs snippet=”HN-300×250-TextnImage”]