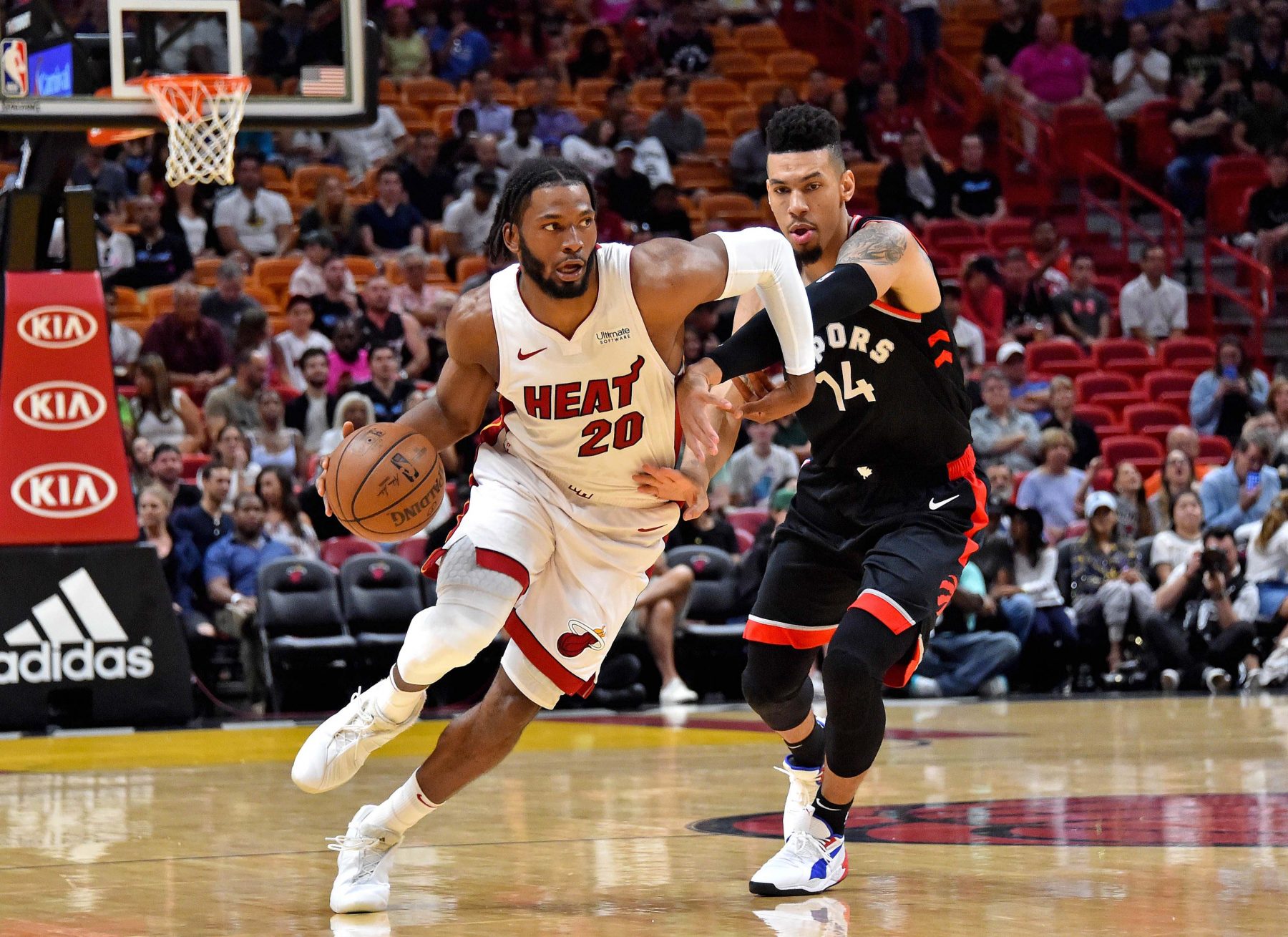 The Miami Heat are down two players, and they might also miss the services of Justise Winslow against the Houston Rockets at AmericanAirlines Arena on Sunday.

Winslow has a stiff back. He was out at practice but not sure how much he was able to do. https://t.co/dQ2cqR7leO

With KZ Okpala and Derrick Jones Jr. already confirmed to be out, the Heat are hoping that Winslow will be able to suit up for the Rockets game.

Otherwise, they could be severely shorthanded against a team that boasts two of the league’s best in James Harden and Russell Westbrook, winners of two of the last three MVP awards.

Thankfully, Jimmy Butler will soldier on despite dealing with a bruised foot.

Jimmy Butler has a bruised foot but already told Spo he’s playing. Then told us the same thing. Said he doesn’t even know when he got hurt.

Butler has already missed the team’s first three games due to the birth of his daughter. In the two games since his return, the four-time All-Star had led Miami to back-to-back wins. Registering 7.0 rebounds, 6.5 assists, 4.5 steals and 1.5 blocks per game so far this season, Butler could be on the verge of tallying career bests in several categories if he can somehow sustain this level of play.

However, he is currently averaging just 13.0 points on 33.3 percent shooting per game.

Meanwhile, Winslow is averaging career-highs in three major categories with 14.8 points, 8.5 rebounds and 5.8 assists per contest in four games this season.