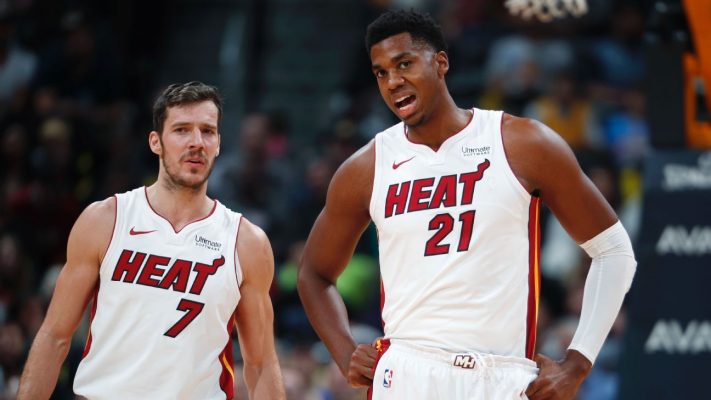 The Miami Heat have been ravaged with numerous injuries to start the 2018-19 NBA season. The latest players to get hit by the injury big are starters Hassan Whiteside and Goran Dragic, who both sat out of practice on Thursday:

Goran Dragic said he’s dealing with a foot issue. He received a cortisone shot and is hopeful he’ll feel better in next 48 hours. Said surgery is not on table.

Dragic, a normally durable player, has played in over 70 games in each of his last three seasons with the Heat. While the injury doesn’t appear to be serious, the Heat should be worried if it forces the Slovenian speedster to miss time. The All-Star is putting up 17.7 points, 5.0 assists and 3.4 rebounds in 31.7 minutes a game this year.

Although Dragic has been in recent trade rumors, he is a valuable asset and on a team-friendly deal. The point guard is in the middle of a five-year, $85 million contract extension he signed with the Heat back in 2015. The 32-year-old holds a player option worth $19.2 million for the 2019-20 season.

Whiteside was the other starter to miss practice. While Whiteside has faced his fair share of criticism, the center has been having a resurgent year. He’s averaging an encouraging 13.0 points, 3.0 blocks and a career-high 15.6 rebounds per game this season.

In addition to Dragic and Whiteside, the Heat are currently without the services of James Johnson and Dion Waiters. Both players have yet to play a game this season. Waiters continues to recover from ankle surgery he had on Jan. 22, while Johnson rehabilitates from sports hernia surgery he underwent in May. Although the Heat are in a losing slump, it’s good to know they’re not at their full potential with these veterans out.

The Heat take on the Atlanta Hawks on Saturday.
[xyz-ihs snippet=”HN-300×250-TextnImage”]