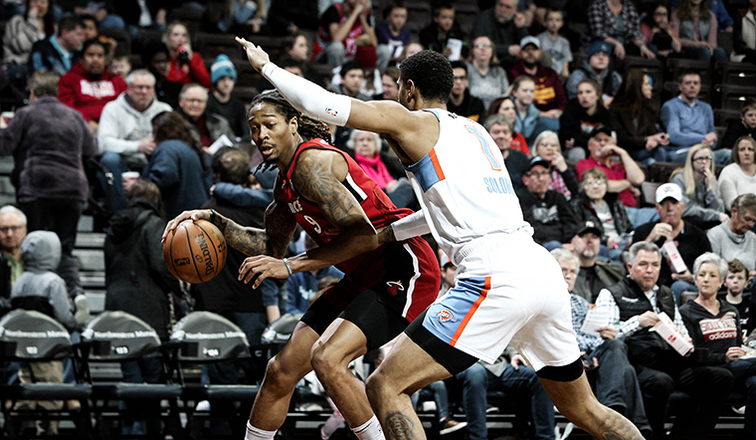 The Miami Heat announced on Wednesday that they have signed forward Emanuel Terry to a 10-day contract.

Terry signs from the Heat’s G League affiliate Sioux Falls Skyforce. With the Skyforce, Terry has appeared in a total of nine games this season, averaging 16.4 points, 9.2 rebounds, 1.3 steals and 1.1 blocks per game.

The Lincoln Memorial University product has appeared in two NBA games this season, having signed a 10-day contract earlier this year with the Phoenix Suns. In those two games, he averaged 4.5 points, 3.0 rebounds and 1.5 steals per game.

Terry went undrafted in the 2018 NBA Draft after averaging 16.9 points and 10.3 rebounds per game his senior season.

With the signing of Terry, the Heat now have a total of 14 players on the roster, plus two two-way players in Duncan Robinson and Yante Maten.

The Heat’s first game back from the NBA All-Star break will be in Philadelphia on Thursday night against the 76ers. Tipoff is scheduled for 7 p.m. EST.
[xyz-ihs snippet=”HN-300×250-TextnImage”]