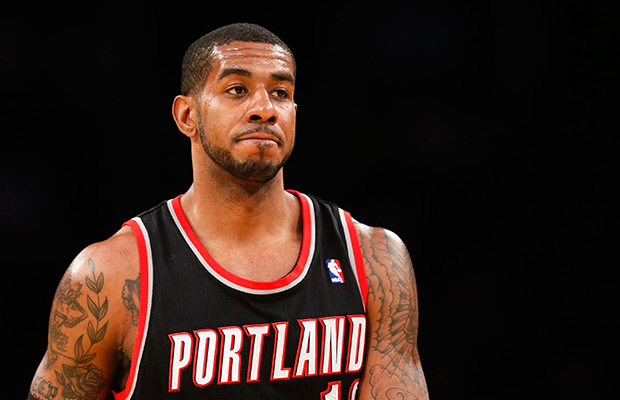 The free agency shopping for LaMarcus Aldridge that began on Wednesday now reportedly might include the Miami Heat, based on a tweet from Adrian Wojnarowski of Yahoo! Sports.

Yahoo Sources: Another high-profile team is pursuing the possibility of gaining an audience with LaMarcus Aldridge: The Miami Heat.

Aldridge is, as Yahoo! reported, meeting a second time with the Lakers this afternoon, & will be meeting with Pat Riley in L.A., per source.

Right now, the current favorites to land Aldridge are either the San Antonio Spurs or Phoenix Suns. Both have the cap room to fit in a max deal for Aldridge, as do the Lakers. Other teams that he’s met with include the Houston Rockets and Toronto Raptors.

The Portland Trail Blazers, who Aldridge has played for in all nine of his NBA seasons, have not given up retaining the soon-to-be 30-year-old, who has averaged 19.7 points and 8.5 rebounds per game during his career. During the 2014-15 campaign, he averaged 23.8 points and 10.4 rebounds.
[xyz-ihs snippet=”Responsive-Ad”]