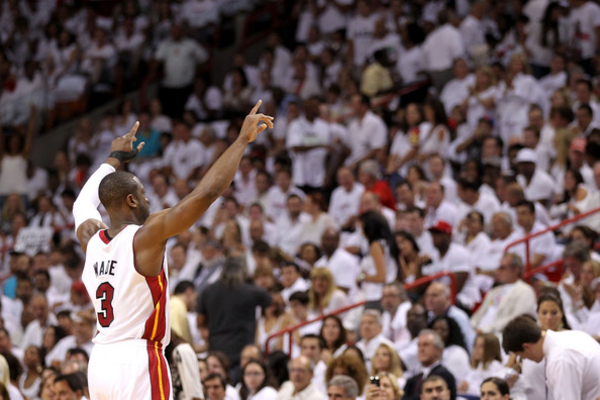 The Miami Heat don’t seemed destined for a lot of excitement prior to the trade deadline later this week, but season ticket holders will be excited to hear about a new offer from the Heat.

On Tuesday, it was announced that season ticket holders who renew for the 2019-20 season before Feb. 21 will receive some pretty incredible perks.

Jackson offered some insight into why the Heat are feeling the need to incentivize season ticket renewals:

“The Heat does not disclose its number of season-ticket holders but Miami has the seventh-longest sellout streak in NBA history and the second-longest ongoing streak.

“Miami has sold out 405 consecutive regular-season and playoff games, dating to 2010. Only the Dallas Mavericks, who have sold out 770 games in a row since 2001, have a longer active streak. The Mavericks are closing in on Portland’s NBA record of 814, achieved from 1977 to 1995.

“But Miami must motivate fans to renew in the midst of a third consecutive season near the .500 mark, and with the Heat already standing well above next season’s salary cap.”

It’s a fair point and not much of a surprise to hear. While the Heat do have some exciting young players on their roster, the team simply hasn’t been able to put it together.

At the moment, they seemed destined for a second straight first-round playoff defeat if they even end up advancing at all.

The Heat currently sit at the eighth seed in the Eastern Conference. While that is good for a playoff berth, they’re going to need to provide a lot more on-court excitement if they want to hold onto that playoff spot.
[xyz-ihs snippet=”HN-300×250-TextnImage”]