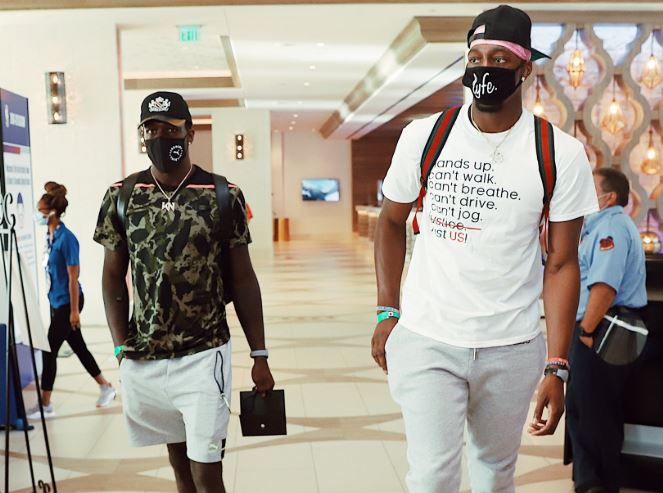 When the Miami Heat reported to the NBA’s bubble environment about two weeks ago, Bam Adebayo and Kendrick Nunn weren’t with the team.

But now, it seems the entire Heat contingent is in Orlando, Fla. and accounted for.

The Heat have been a feel-good story this season, as the team has amassed a 41-24 record, good enough for fourth place in the Eastern Conference.

This is coming off the heels of the once-proud franchise missing the playoffs in three of the last five seasons.

Nunn has been a nice story, as he went undrafted but has emerged as a key role player for the Heat as a rookie. So far this season, he has averaged 15.6 points and 3.4 assists in just 29.8 minutes per game.

Adebayo is a budding star who likely still has lots of room for improvement. He’s putting up 16.2 points, 10.5 rebounds and 5.1 assists a game while earning his first All-Star bid at the tender age of 23.