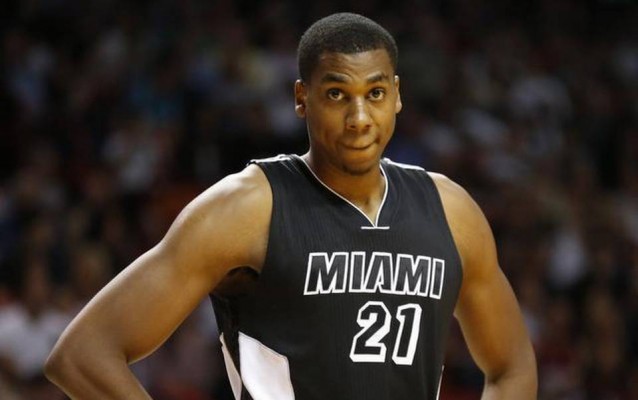 It looks like the Miami Heat won’t be able to extend Hassan Whiteside’s contract after all.

As much as the Heat would like to lock up their blossoming 7-foot center, they won’t be able to do so until 2016. The summer of 2016 is when Whiteside’s current contract will expire, which will allow Miami to sign him to a new contract. The catch? All 29 other NBA teams will be allowed to bid for him as well.

Due to NBA rules, because the Heat locked up the 25-year-old to a two-year deal that includes a non-guaranteed 2015-16 season at the NBA minimum, the team put itself in a position where they are not allowed to extend the current life of Whiteside’s contract, making him an unrestricted free agent in 2016.

The only way the Heat could offer Whiteside a contract after this season would be to waive the final year of his contract. However, because he is only signed for the league minimum next season, other teams could put in claims as well for the budding young center.

In addition, because Whiteside has two years of experience having played with the Sacramento Kings in the past, he will become an unrestricted free agent—not a restricted one—in 2016. Had Whiteside began his NBA career with the Heat this season, he would have been a restricted free agent in 2016 by collective bargaining agreement rules—which means Miami would have had the chance to match any offers for their young star center.

Luckily for the Heat, they are expected to have a lot of cap space in 2016. The salary cap will escalate for all NBA teams due to the new television contract with ESPN and Turner Sports that kicks in during the 2016-17 season.