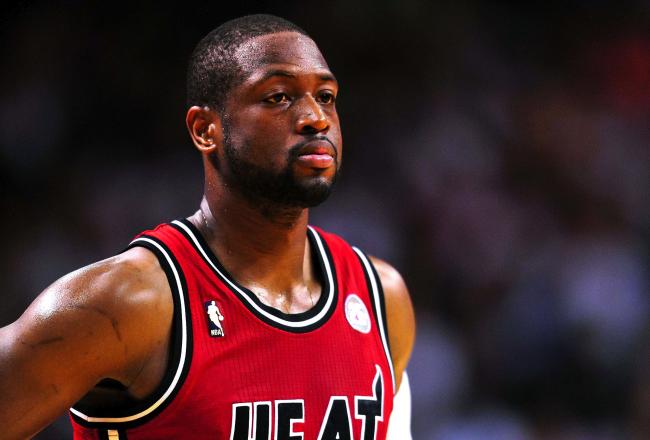 The future of the Big Three has kicked off with an early surprise prior to the June 29th deadline for player options, as Dwyane Wade has reportedly made his decision. Wade will likely exercise his early-termination option and become an unrestricted free agent according to the New York Daily News. The New York Daily News also reports that Wade, who has two years and $41.5 million left on his current deal, will probably accept a new four-year deal worth $50 to $55 million to remain with the Heat and relieve salary cap space.

LeBron James and Chris Bosh have both publicly stated that they will take their time before making decisions on their player options. Wade’s early move to unrestricted free agency will certainly impact James and Bosh’s thinking towards another Big Three campaign for another NBA championship, but the 32-year-old’s steady decline over the past two seasons makes the decision a reasonable one for the Heat. The three-time NBA champion has missed 41 total games to injury in the last two years, all while seeing his scoring average drop considerably throughout the Big Three’s four-year era.

If James and Bosh join Wade in exercising their early-termination options, the move could pave way for another major free-agent signing, as Carmelo Anthony, Kyle Lowry and Pau Gasol are on the Heat’s radar for a significant roster upgrade.