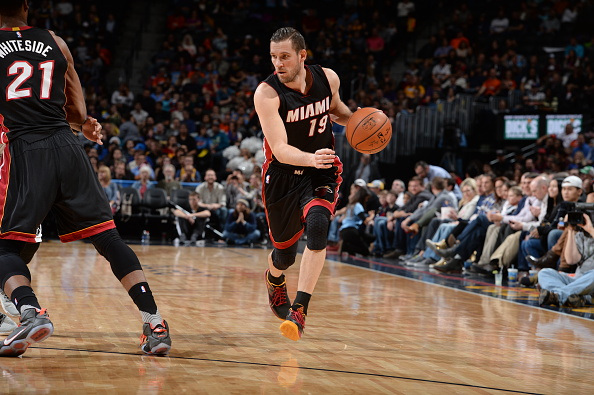 The Miami Heat are hurting and they’re hurting bad.

The Heat currently have eight players going through some sort of injury or ailment. The team is clearly struggling as a result, as they recently dropped their fourth straight game in a loss to the Toronto Raptors on Friday night. At 23-21, the team is tied for the seventh-best record in the Eastern Conference with the Boston Celtics.

With the team hampered by injuries, Dwyane Wade will continue to play, despite the fact that he’s going through a shoulder strain, via Jason Lieser of The Palm Beach Post:

“At this point, man, I don’t think I’ve got time to wait around to feel great,” he said. “We’re so many bodies down. I want to go out there and give our team what I can.”

The Heat are still decimated by injuries, but they received a bit of bright news this weekend as Beno Udrih fully expects to be back for Monday night’s game versus the Chicago Bulls, via Lieser:

“Beno Udrih (strained neck muscle) was somewhat close to playing Friday and fully expects to be back Monday. That would be a huge help for the Heat with Goran Dragic out.”

The team is so limited by injuries that little-used Amar’e Stoudemire started Friday’s game versus the Toronto Raptors and second-round draft pick Josh Richardson played 33 minutes in the loss.

While Udrih is expected to be back on Monday, Goran Dragic (calf strain) won’t return until Friday’s game at Milwaukee at the very earliest.
[xyz-ihs snippet=”Responsive-Ad”]