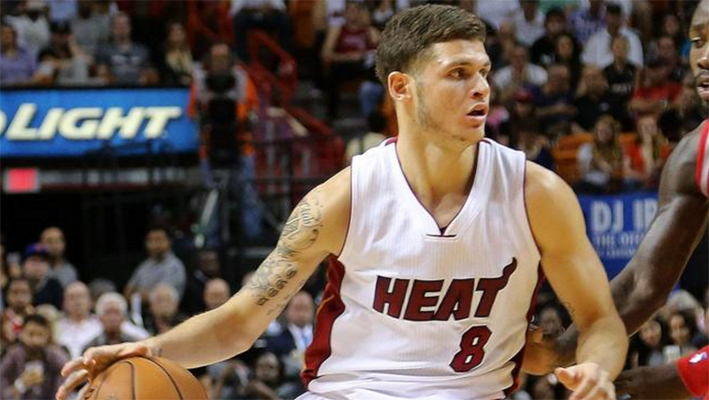 Tyler Johnson won’t be suiting up for the Miami Heat anytime soon.

Miami’s Tyler Johnson will undergo surgery on his left shoulder this week and likely out two-plus months, league sources tell The Vertical.

Johnson will be sidelined for at least the next two months, which means he might not be back when the regular season concludes on April 13th.

The Heat have dealt with injuries to most of their roster for the first half of the season. The team was finally starting to get healthy as Goran Dragic, Beno Udrih and Josh McRoberts recently returned to the lineup over the past week.

Johnson provided stability to the point guard position with both Dragic and Udrih sidelined due to injuries. The second-year guard had averaged 8.7 points, 3.0 rebounds and 2.2 assists per game in 36 contests this season.
[xyz-ihs snippet=”Responsive-Ad”]