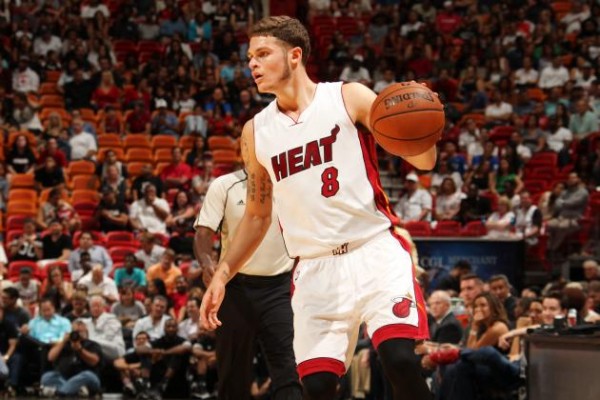 Tyler Johnson might make his return for the Miami Heat this week.

However, it doesn’t mean that he’ll be 100 percent when he does.

Johnson has a left shoulder injury which has sidelined him over the past three games. While the second-year shooting guard may make his return on Wednesday night versus the Brooklyn Nets, the injury will require offseason surgery.

Johnson commented on the shoulder injury by saying it could potentially mess with his shot:

“It definitely will mess with my shot if I go out there like this. You’d have to use a different motion.”

The shoulder issue has bothered him since his college days at Fresno State. And although shoulder surgery is required, for now, he’ll play through it and wait for the offseason to go under the knife.

Despite the injury, Johnson insists he’ll play on Wednesday night versus the Nets:

“It just got a little bit irritated, so we’re trying to calm it down. I’ll for sure play on Wednesday (at Brooklyn).”

The 23-year-old guard is averaging 9.6 points, 1.8 rebounds and 2.4 rebounds per game in 19 appearances this season.
[xyz-ihs snippet=”Responsive-Ad”]