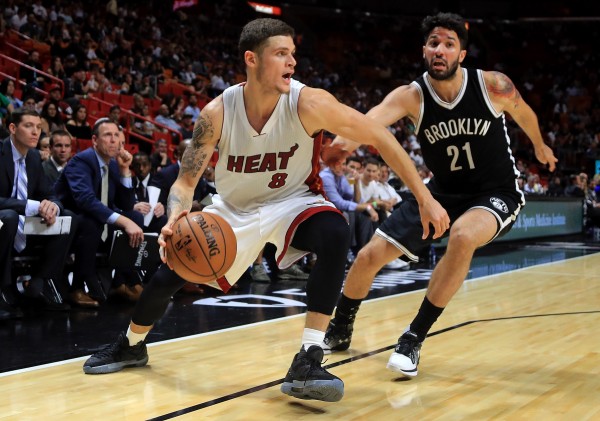 After missing the last five games with a shoulder injury, Miami Heat shooting guard Tyler Johnson is likely to return for tonight’s game against the Brooklyn Nets, according to Heat head coach Erik Spoelstra.

Coach Spo says TJ is going through his pregame warmups with the intent to play vs Brooklyn.

"If all goes well he will play tonight."

Before going down with a strained left shoulder, Johnson was averaging 14.2 points per game with 3.2 assists and 4.4 rebounds while shooting 43 percent from the field. Heat guard Dion Waiters has stepped up in the undrafted guard’s absence, averaging 25.2 points per game over his last five games.

The Heat have won all five of the games that Johnson has missed thus far, including their triumphant 105-102 victory over the Golden State Warriors last Monday. Miami will look to continue the momentum of its current seven-game winning streak while likely welcoming back Johnson tonight against Brooklyn.
[xyz-ihs snippet=”Responsive-ImagenText”]