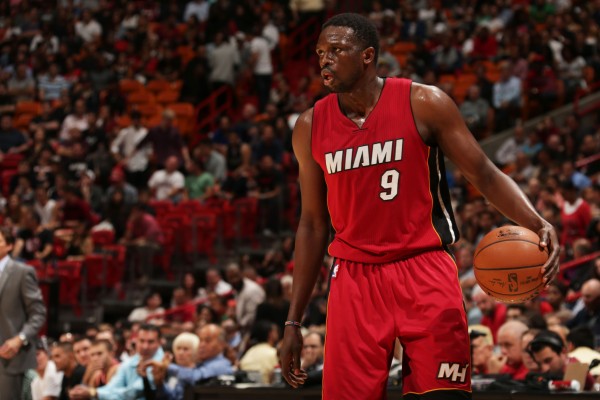 The Miami Heat’s streak of illnesses and injuries will continue as they enter tonight’s pivotal matchup against the Cleveland Cavaliers.

According to the Sun Sentinel, Dwyane Wade missed Thursday morning’s shootaround due to an illness. He is officially questionable for tonight’s game at Quicken Loans Arena as the Heat look to clinch a playoff berth over the course of the last eight games of the season. They currently hold the seventh seed due to a tie-breaker over the Brooklyn Nets (34-40). The Boston Celtics are just a half-game behind.

Udonis Haslem, who also missed Tuesday night’s game versus the San Antonio Spurs due to an illness himself, remained at the team hotel along with Wade in preparation for Thursday’s game.

Wade is currently leading the team with 21.7 points per game. If the Heat are to play without the 12-year shooting guard, Miami would enter tonight’s contest with only four healthy guards in Goran Dragic, Tyler Johnson, Mario Chalmers and Zoran Dragic.

Luckily for the Heat, Luol Deng has been cleared to play tonight after missing the loss versus the Spurs. With the exception of Chalmers, Deng has played in more games this season than any other player on the roster (65 games played). He is currently averaging 14.2 points per game on 48 percent shooting.

The Cavaliers will host Miami with tipoff set for 8 PM EST and the game will be broadcast nationally on TNT.
[xyz-ihs snippet=”Responsive-ImagenText”]