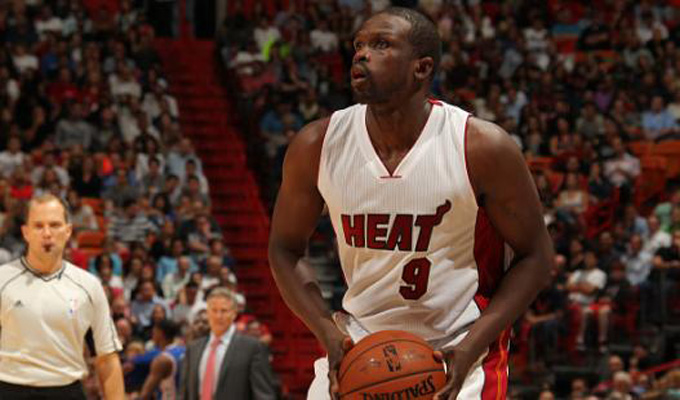 It’s official—Luol Deng will be missing his fifth consecutive game.

The Miami Heat have announced that the 30-year-old small forward will miss Saturday night’s game versus the Cleveland Cavaliers due to a hamstring injury. While Deng did participate in the team’s morning shootaround, he still wasn’t recovered enough in time for the team’s big matchup versus the Cavs:

INJURY UPDATE: Luol Deng (hamstring) participated in this morning’s team shootaround but has been ruled OUT of tonight’s game vs the Cavs.

Though Deng did take part in Saturday’s shootaround, coach Erik Spoelstra did state that he still has yet to have a full speed contact practice since the injury:

Spo on Deng’s status: “He hasn’t had a full speed contact practice yet. He’s getting better.”

In Deng’s absence, Gerald Green has been starting the team’s last several games at small forward. While he has had his moments such as the 25-point outing in a win over the New York Knicks on November 27th, he has scored just 14 total points in his past two games.

If Green doesn’t start versus the Cavs, Justise Winslow remains at option due to the need of a defensive-minded player having to guard LeBron James at the three position.
[xyz-ihs snippet=”Responsive-Ad”]