Miami Heat News: LeBron to Meet With Riley This Week 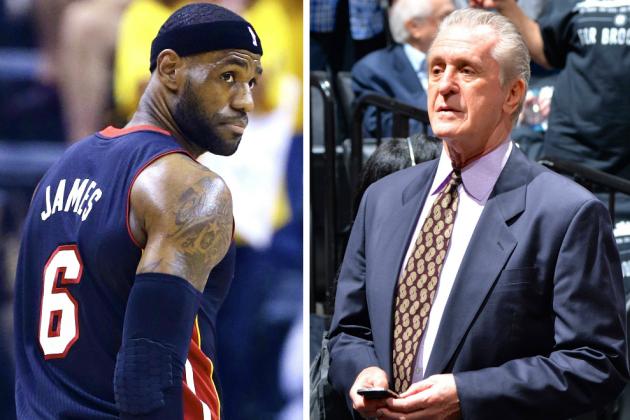 LeBron James is expected to meet with Pat Riley later this week and let him know of his final decision. Sam Amico of FoxSportsOhio says that we will have an answer by Wednesday.

Heat full-court press is on after signing Danny Granger, per Yahoo Sports. Told Cavs sense they will know on LeBron by Wednesday.

In other news, Chris Bosh was offered a max contract for four years at $88 million. Bosh has reportedly stated that he is waiting for LeBron to make a decision before he acts. However, Ethan J. Skolnick of Bleacher Report has reported that Bosh intends to stay in Miami.

For all the Chris Bosh reports out there, I keep checking back and keep hearing same: he intends to be in Miami.