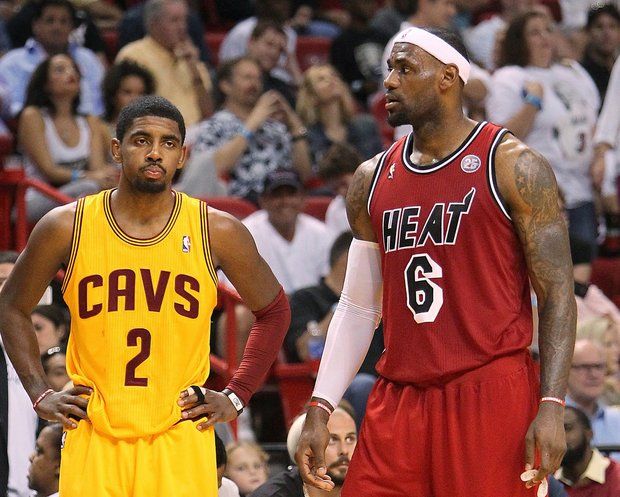 However this time, the process is a little different. Unlike in 2010, when James met with all of his suitors via a meet-and-greet scenario (similar to what Carmelo Anthony is doing now), James has decided he is going to let his Cleveland-based agent Rich Paul do all the dirty work for him.

This time, there will be no drama, fireworks, or controversy. When James decides his final destination this time around, it will be firm and frank. According to a source close to Fox Sports Ohio, James will publicly make his decision known in a manner “that is likely to be bam, this is where I’m going.”

Around this time in 2010, there were some hints and speculation about where James would end up. But this time, even close friends Dwyane Wade and Chris Bosh haven’t a clue as to what James’ plans are.

Sources who have spoken to both Wade and Bosh are certain that both players are firm on their intent to return to Miami, but neither player knows what James will do.

“It’s not a done deal,” said one source, when asked about James’ return to Miami. “That’s for sure.”

As a matter of fact, Wade and Bosh were so unsure about James’s future destination after last week’s meeting at the Soho Beach House in Miami, that one of them spoke about what the Heat might look like without James, according to one source.

But who knows? For all we know, this could just be a smoke in mirrors effect and Wade and Bosh know exactly what James is doing. After all, all three players did opt-out to clear up more cap space for the genius Pat Riley.