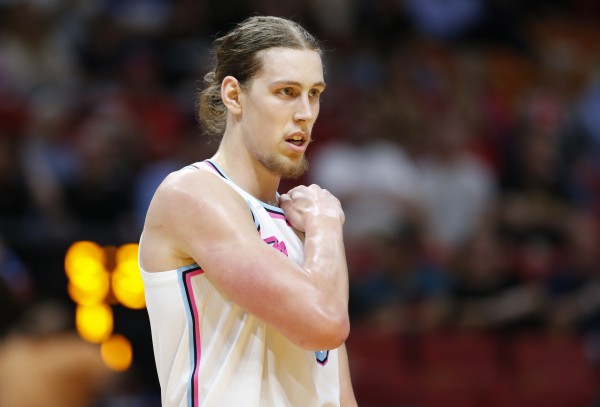 Kelly Olynyk has missed the last two games for the Miami Heat after he injured his shoulder in last week’s loss to the Orlando Magic. On Monday, it was reported that Olynyk will also miss the Heat’s final two games leading up to the NBA All-Star break.

Olynyk will not travel with the team this week and will instead remain in Miami to continue rehabbing. He will look to return to the court for a Feb. 23 matchup against the New Orleans Pelicans.

Kelly Olynyk not traveling and out for the Heat's final two games before All-Star break (Tuesday in Toronto, Wednesday in Philadelphia). That gives him a 16-day break with shoulder strain.

Olynyk has been a valuable member of the Heat’s rotation so far this season, averaging 11.1 points and 5.5 rebounds in a career-high 23.4 minutes per game.

Miami will have to face off against the Toronto Raptors and Philadelphia 76ers before it is able to enjoy the extended break. The Raptors currently control the top spot in the Eastern Conference and the 76ers are just a half game behind the Heat for the seventh spot in the East. While having Olynyk would certainly help the Heat’s chances at securing victories in those games, there is little doubt that holding him out until league play picks back up is the right call.
[xyz-ihs snippet=”HN-300×250-TextnImage”]