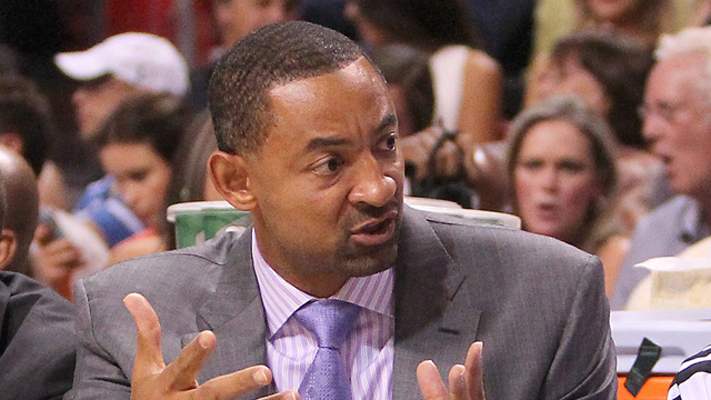 According to Ira Winderman of the Sun Sentinel, Miami Heat assistant coach Juwan Howard will take the reigns this July as the head coach of the Heat’s summer league squad.

Howard has been an assistant with the Heat since he retired from his playing career in 2013. Now he has a chance to prove himself as a leader on the sidelines.

The Heat will commence summer-league play against the Los Angeles Clippers’ summer squad beginning this Saturday at Amway Center in Orlando, Florida. The team will be led by Justise Winslow and Josh Richardson and also contains young upstarts like the recently signed Michael Carrera and Howard’s own son, Juwan Howard Jr.

The rest of the team will be comprised of members of Miami’s D-League affiliate Sioux Falls Skyforce and a group of guys that went undrafted in last week’s NBA draft.

Once the 2016 Orlando Pro Summer League games are over on July 8th, Howard will lead his group at the official NBA Summer League in Las Vegas. These games will provide a chance for Winslow and Richardson to improve their games, but also will serve as an opportunity for Howard and the Heat to scout other young players who show potential as NBA prospects.

Briante Weber, who the Heat signed from the D-League late last year, will also be suiting up for summer-league play in hopes to earn another spot on the roster once the real season begins.

Summer-league training camp is already underway at American Airlines Arena in Miami. Keep an eye out for Miami’s young guns this summer as they prove their worth under the guidance of Howard against others vying for position in the NBA.
[xyz-ihs snippet=”Responsive-ImagenText”]