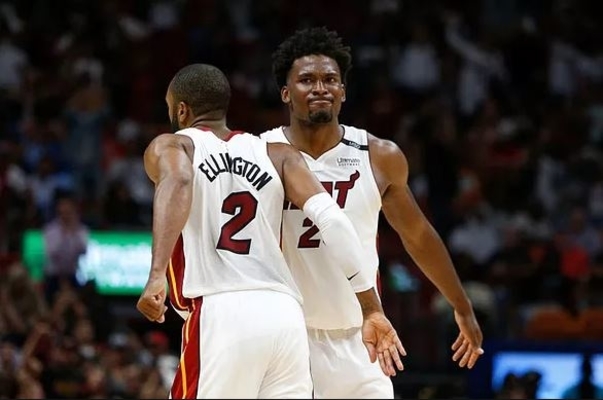 After missing the first four games of the season, Miami Heat rotational players Justise Winslow and Wayne Ellington are listed as probable for the team’s Saturday night contest against the Portland Trail Blazers.

Winslow, 22, suffered a hamstring strain during the preseason. Although the injury wasn’t serious, the Heat have been very cautious with bringing back the forward. The prudence is understandable as the team sees the former lottery pick as one of its primary long-term assets.

Just before the season started, the Heat and Winslow agreed to a multi-year contract extension worth $39 million. In his first three seasons with Miami, Winslow averaged 7.5 points, 5.3 rebounds and 2.0 assists. During last season’s playoffs against the Philadelphia 76ers, the youngster posted an encouraging 9.8 points, 6.6 rebounds and 2.6 assists per game.

The other returning player, Ellington, is also coming off a hot season. The 30-year-old averaged a career-high 11.2 points in 77 contests last year, the most games he’s ever played in one season during his nine years in the league. The sharpshooter will look to continue that heavy playing pattern Saturday night against the Trail Blazers.

The match between both playoff contenders will tip off just after 8 p.m. in Miami.
[xyz-ihs snippet=”HN-300×250-TextnImage”]