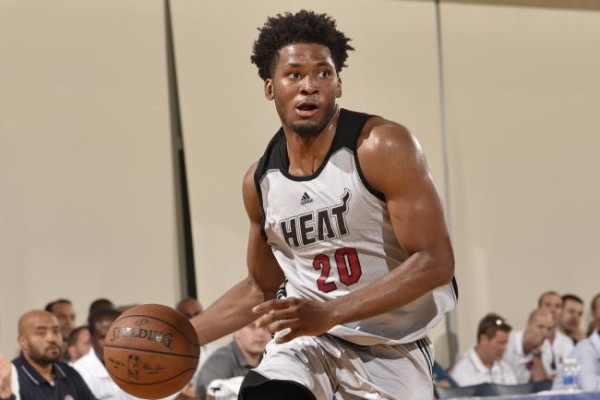 Justise Winslow has a slight ankle sprain and now is unlikely to return.

Fortunately, Winslow’s injury didn’t seem to be too serious at first glance as the forward left the game with five points and three rebounds in just 11 minutes of action. The rookie came into tonight’s game averaging 14.5 points, 3.3 rebounds and three assists per game in five Summer League contests.

More updates on Winslow’s condition will be posted as soon as the information becomes available.
[xyz-ihs snippet=”Responsive-Ad”]