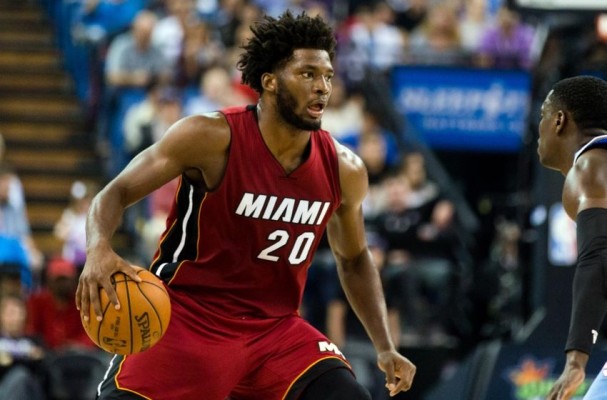 The Miami Heat’s injury-plagued season just took a turn for the worse as the team has announced that starting small forward Justise Winslow will undergo surgery tomorrow to repair a torn labrum in his right shoulder.

Justise Winslow will undergo surgery tomorrow to repair a torn labrum in his right shoulder & is likely out for the remainder of the season.

The injury had kept the forward out of the team’s last two games and wasn’t expected to be a long-term issue with Winslow downplaying the injury.

“I really feel for him because I know how much time he put in this summer. He’s put in as much time as anybody,” said Heat head coach Erik Spoelstra. “I know how much it means for him to be here (with his team) and be able to make an impact.”

Winslow had been dealing with a multitude of injuries all season that saw him start in just 15 games with averages of 10.9 points, 5.2 rebounds, 3.7 assists, and 1.4 steals.
[xyz-ihs snippet=”Responsive-ImagenText”]