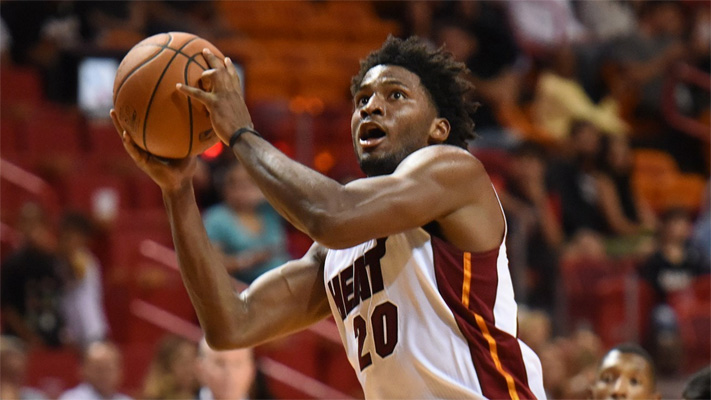 The Miami Heat may not be at full strength on Friday, but they’ll likely have at least one player back.

Small forward Justise Winslow returned to practice on Thursday after initially injuring his ankle in last Saturday’s win over the Orlando Magic. The rookie had been held out of the past two games after twisting his ankle.

Winslow back at practice today.

It looks like Winslow will be available for the Heat’s game versus the Dallas Mavericks on Friday, but head coach Erik Spoelstra continued to take a non-committed approach to the injury:

“We’ll see. We’ll see how he responds to this.”

While it looks like the 19-year-old will be back in the lineup versus Dallas, Josh McRoberts has already been ruled out due to a knee injury. McRoberts hasn’t played since the December 9th loss to the Charlotte Hornets.