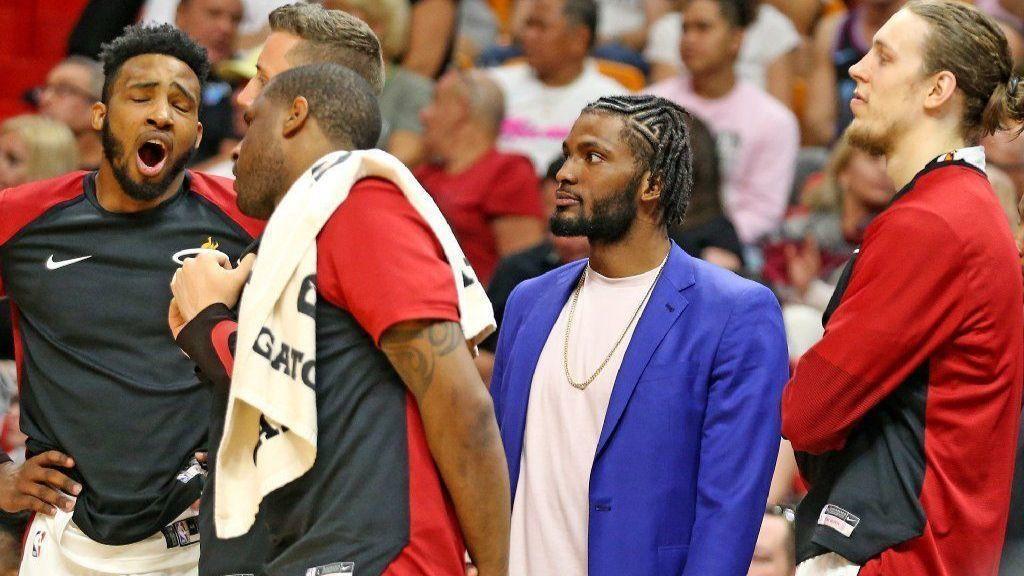 As the Miami Heat get ready for an incredibly important game against the Orlando Magic, rising star Justise Winslow may return to action.

Winslow, who just turned 23, has missed the last five games with a right thigh injury.

Before the injury occurred, the forward was in the middle of his best season in the NBA since getting drafted by the Heat with the 10th pick in the 2015 draft.

While Winslow isn’t putting up superstar numbers, his contributions on the court have greatly helped the Heat. Over the course of the season, he has improved his shooting, distributing and ball-handling.

Although Winslow may return, fellow forward Rodney McGruder continues to be out with a knee injury.

The 6-foot-4 pro is also having the best season yet. With career-highs across the board, McGruder is putting up 7.9 points, 3.6 rebounds and 1.7 assists per game this year.

Hopefully Winslow does end up being available for the game, and hopefully it’s enough for the Heat to get the win.
[xyz-ihs snippet=”HN-300×250-TextnImage”]