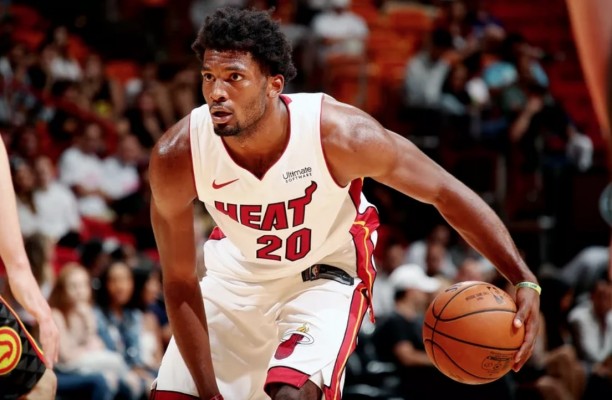 According to Adrian Wojnarowski of ESPN, the Miami Heat and small forward Justise Winslow have agreed to a three-year, $39 million rookie extension.

Roc Nation finalized the deal with Heat team president Pat Riley and general manager Andy Elisburg on on Friday, ahead of Monday’s deadline to complete the extension. Had the extension not been completed before then, Winslow would have had the opportunity to enter restricted free agency on July 1.

Winslow now joins Minnesota’s Karl-Anthony Towns and Phoenix’s Devin Booker as the only members of the 2015 NBA Draft Class to agree to rookie extensions.
[xyz-ihs snippet=”HN-300×250-TextnImage”]