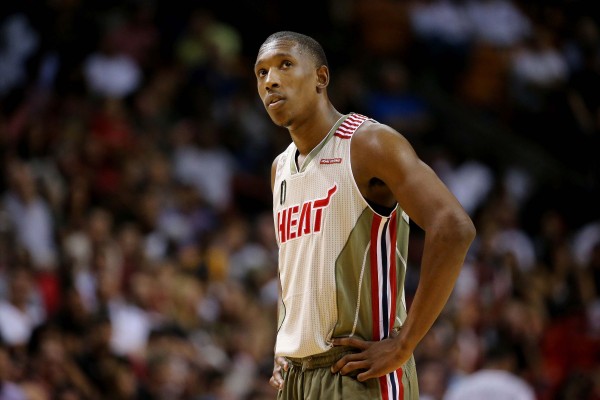 The Miami Heat have assigned Josh Richardson to their D-League affiliate, according to Ira Winderman of The Sun Sentinel.

Winderman notes that Richardson did not return with the Heat following their loss to the Memphis Grizzlies on Tuesday night. Instead, the 2015 second-round draft pick traveled commercially to Ontario to join the Sioux Falls Skyforce for Thursday night’s game versus the Toronto Raptors’ D-League affiliate.

Richardson has seen minimal playing time so far this season, appearing in just 13 games with one start. He has struggled during his rookie season, averaging just 1.7 points, 1.1 assists and 0.5 rebounds in 9.2 minutes per game. The University of Tennessee product is converting on just 31.6 percent of his shots.

With the Heat healthy at the point guard position, it left very little playing time for the 22-year-old rookie. At Sioux Falls, Richardson will see a lot more playing time as he continues to develop as a prospect within the organization.
[xyz-ihs snippet=”Responsive-Ad”]