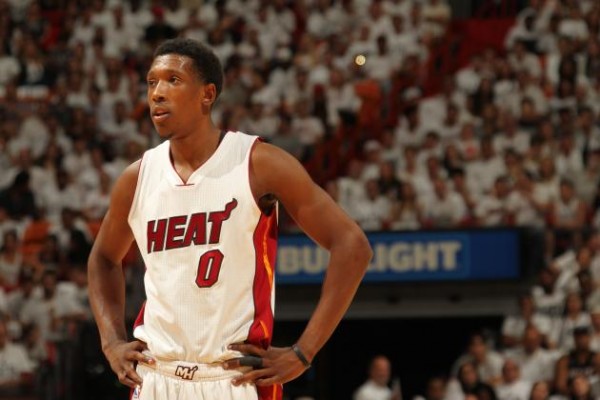 Shooting guard Josh Richardson will join the long list of players on the Miami Heat injury report as he’s not expected to play on Sunday afternoon against the Los Angeles Clippers.

Heat head coach Erik Spoelstra has labeled the injury as a “soft-tissue injury” in the shooting guard’s left foot. Richardson left Heat practice early on Saturday in a walking boot to get additional medical testing done.

According to Anthony Chiang of the Palm Beach Post, a team spokesman said that Richardson has been dealing with the pain in his foot for the past couple days including in Friday’s loss to the Los Angeles Lakers.

“They took an X-ray last night after the game and that was fine,” Spoelstra said after practice. “But he is sore, so we’re going to take him to get an MRI, cross our fingers. And once we get the results from that, we’ll go from there. Hopefully it’s nothing.”

Richardson has bounced back from other injuries this year including a partially torn MCL which sidelined him for training camp, preseason and the Heat’s first four regular-season games. He was also absent from the lineup for six games in December due to a sprained right ankle. The second-year guard was in the starting lineup for the past 11 games averaging 12.0 points on 38.5 percent shooting, 3.6 rebounds and 3.8 assists during that stretch.

In a bit of brighter news, however, it is being reported that center Hassan Whiteside is expected to suit up for Sunday’s matchup against the Clippers and will likely start.
[xyz-ihs snippet=”Responsive-ImagenText”]