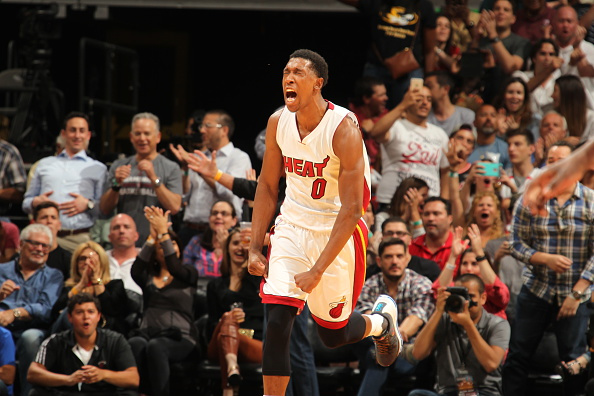 One more piece of the puzzle is being locked in for the next few years by the Miami Heat with news that shooting guard Josh Richardson is on the verge of signing a four-year contract extension with the team. The pay increase will be a steep one from the rookie contract he signed just two years ago that was worth a combined $2.414 million.

A source confirms to me, as Woj reported, Richardson has agreed to four-year, $42 million Heat extension. Am told 4th year is player option

Richardson, who turns 24 on Friday, was a second-round pick by the Heat in 2015. In his two seasons with the team, he’s averaged 8.4 points, 2.6 rebounds and 2.0 assists. During last season’s injury-plagued campaign, Richardson started 34 games.
[xyz-ihs snippet=”Responsive-ImagenText”]