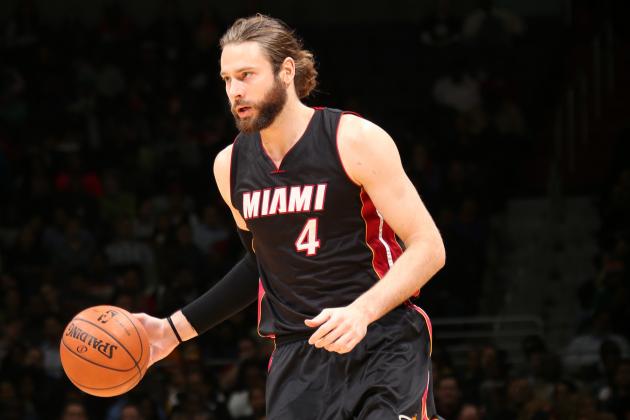 Josh McRoberts‘ season began with injuries. Now it looks like it’ll end with one.

The Miami Heat confirmed on Monday through Twitter that the power forward will undergo knee surgery due a tear in the meniscus on his right knee. The injury officially sidelines McRoberts indefinitely, and it is possibly season-ending.

The veteran forward signed a four-year deal with the franchise before the season began. At the start of training camp in October, McRoberts injured his surgically repaired toe and his back. He missed all eight preseason games and didn’t make his debut in a Heat uniform until the second game of the regular season.

Initially projected to be the team’s starter at power forward, the University of Duke product didn’t even make his first start for Miami until December 1 versus the Washington Wizards. The 6’10” veteran would go on to start three of the next four games before sitting out the last three contests due to his knee injury.

Injuries have continued to decimate McRoberts’ career. He has played in more than 50 games in a single season just two times since entering the NBA in 2007.

The 27-year-old is averaging 4.2 points and 2.6 rebounds in 17 minutes of action per game this season. He had played in 17 games with four total starts.

With McRoberts sidelined, Shawne Williams will likely remain the permanent starting power forward. Fellow big, Justin Hamilton, is listed as questionable for tomorrow’s game versus the Brooklyn Nets due to a quad contusion.
[xyz-ihs snippet=”Responsive-Ad”]