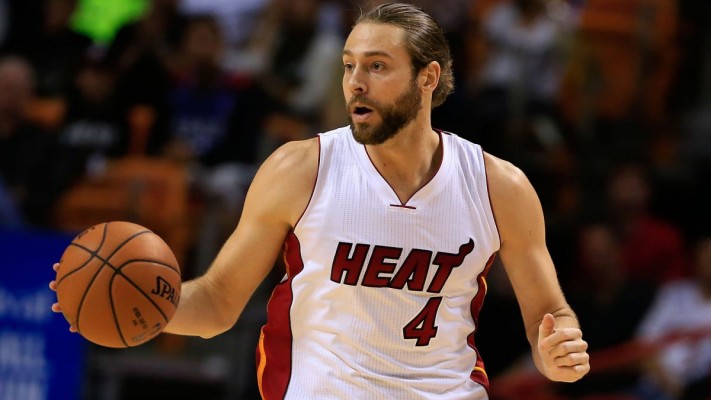 One piece of the Miami Heat’s offseason puzzle has been put in place, with news that Heat power forward Josh McRoberts will be exercising his $6.021 million player option in his contract for the 2017-18 season.

Agent Mike Conley told me a few hours ago that Josh McRoberts, as expected,will exercise his $6 million player option and remain with Heat

Jackson also reports that the Heat will likely seek to again trade him. Those efforts last summer failed, with another option being to simply release him. The Heat could then use the stretch provision that can spread out the last year his of contract over three years. That would mean only a $2 million cap hit for each of those seasons. With McRoberts accepting the option, the Heat will now have $36 million available to either re-sign its own free agents or look elsewhere.

The 30-year-old McRoberts signed a four-year deal worth approximately $21.6 million with the Heat on July 14, 2014. That final year was a player option, with McRoberts choosing to stay with the team following another injury-plagued season that saw him play in just 22 contests, including 14 starts. In those 22 games before his season came to an end due to a foot injury, McRoberts averaged 4.9 points, 3.4 rebounds and 2.3 assists. Those numbers largely matched his previous output during his first two years with the Heat.

However, the foot injury was another in a long line of injuries suffered by McRoberts, who has only played in 81 of the 246 regular season games played by Miami during the past three seasons. During his first year, he required knee surgery and during last year’s playoffs, he broke his left foot. That latter injury never fully healed, which explains his limited time on the court this past season.

McRoberts noted last September the frustration of Heat fans over his string of injuries:

“I completely get it. I’m the big white guy who gets hurt all the time. I wouldn’t like me either. So, I think I completely understand where it comes from. I get it. I want to be out there. It’s not like I got hurt walking a dog. I got hurt trying to play for the Heat, trying to help the team win.

“That’s just part of it. I’ve had bad luck and I’ve done everything I can to be healthy. Trust me, if anybody is frustrated, it’s me, more so [than the fans]. So, I definitely understand the fans [frustrations]. I’m a fan of other sports, too. Guys get hurt and you are like ‘Man, we need that guy. We need him to play.’ I get it.”