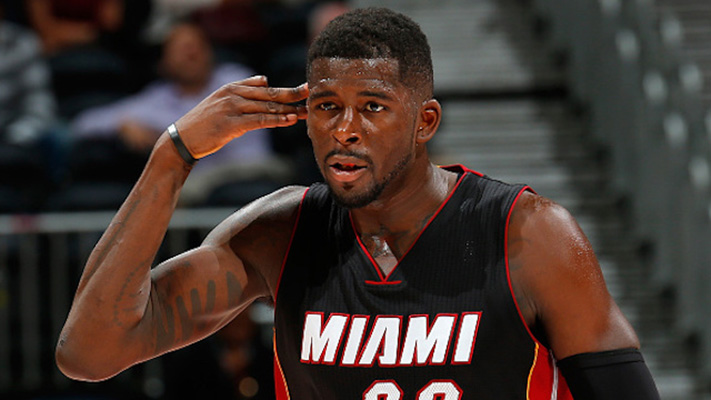 The Miami Heat cut five total players to get down to the 15-man regular season roster limit on Saturday.

The Heat waived guards John Lucas III, Tre Kelley and Briante Weber along with center Keith Benson and forward Greg Whittington. With the exception of Lucas, each of the aforementioned players are eligible to be assigned directly to the Heat’s NBA Development League affiliate Sioux Falls Skyforce.

That gets the Heat down to the regular-season limit of 15 and should be good news for James Ennis.

Despite struggling during summer league, the second-year forward bounced back and had a solid preseason, averaging 7.5 points on 47.2 percent shooting in 15.1 minutes per game.

Benson, Whittington and Weber are all expected to be signed by the Skyforce. Recently released guard Corey Hawkins is also expected to join the Skyforce as a designated Heat affiliate player.

Kelley played with Sioux Falls two seasons ago, and would be under Skyforce control if he were to elect to play in the D-League this season.
[xyz-ihs snippet=”Responsive-Ad”]