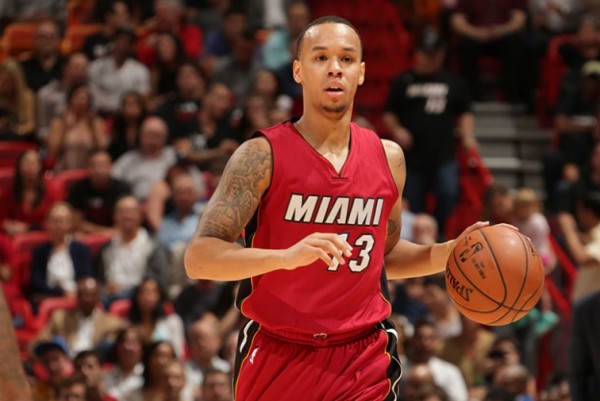 The Miami Heat’s 2015-16 season may not officially begin until late October, but that doesn’t mean Heat Nation won’t see some action this summer.

14 players are expected to suit up for the Heat’s summer league team at the moment, including five veterans and two of the team’s draft choices from Thursday night. Among the veterans that are expected to participate are Shabazz Napier, Tyler Johnson, James Ennis, Henry Walker and Zoran Dragic. All five players played for the Heat last season.

The two picks from the 2015 NBA Draft, Justise Winslow and Josh Richardson, are also slated to play in the summer league.

The seven other spots will be filled by mostly undrafted free agents. That list includes Maximilian Kleber, Tyler Kalinoski, Gabe Olaseni, Travis Trice, Seth Tuttle, Willie Reed and Joshua Smith. With the exception of Kleber and Reed, all of the aforementioned players went unpicked in Thursday’s draft.

Napier, Ennis and Johnson participated for the Heat’s summer league team in 2014.

“You look at teams that are bringing in over 60 players, and it’s not just for first round. It’s for second round and it’s for summer league, as well. That’s the other thing that many people are not talking about. We now have 17 teams that have single-affiliation D-League teams. It’s not that they have to draft those teams. They can bring them into summer league. They can develop them. And it’s also for the D-League league.”

Summer League begins on July 4 in Orlando. The Heat will also participate when the league heads to Las Vegas on July 10.
[xyz-ihs snippet=”Responsive-Ad”]