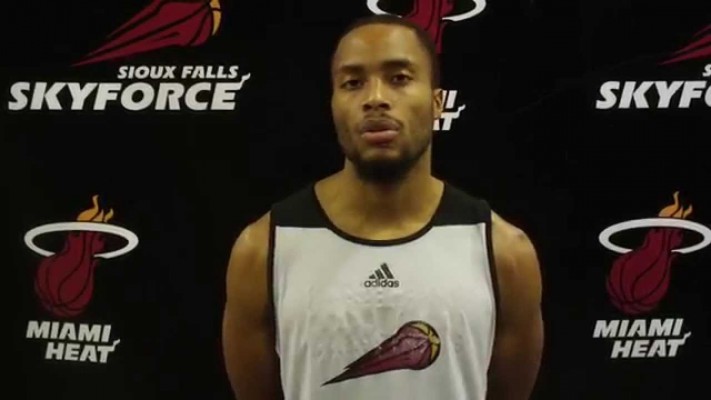 Tre Kelley may be back with the Miami Heat for one more training camp.

Kelley, who was on the Heat’s training camp roster in 2008 before getting cut in favor of Shaun Livingston, is currently working out at American Airlines Arena. Miami currently has one roster spot open after inviting guard John Lucas III to training camp.

Have confirmed that former South Carolina point guard Tre Kelly (30) has been working with Heat and could be 20th and final player for camp.

The 6-foot point guard out of the University of South Carolina has yet to make his NBA debut after going undrafted in 2007. He has been playing stints in many countries overseas, including Croatia, Greece, Israel, Lebanon, Belgium, China, Italy and Venezuela. Kelley has also spent time in the D-League, playing for the Heat’s affiliate Sioux Falls Skyforce in 2014.

Outside of his stint with the Heat, he has also spent training camp time with the Oklahoma City Thunder and Memphis Grizzlies.

Kelley faces an uphill battle to make the team’s roster, but the 15th roster spot for the regular season is up for grabs. If signed by the Heat, he would be the 10th player on the roster likely to be listed at guard.