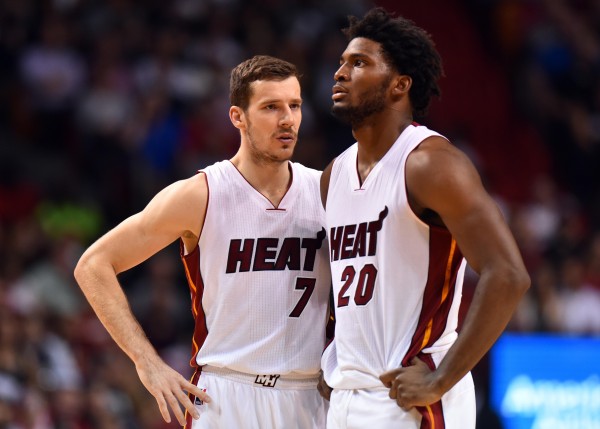 The Miami Heat has endured a tough start to the 2016-17 NBA regular season. Due to close losses and injuries, the team has posted an abysmal 2-8 record.

However, that trend may turn around this Thursday.

According to Barry Jackson of the Miami Herald, Goran Dragic (ankle) and Justise Winslow (wrist), who both missed Tuesday’s contest against the Atlanta Hawks, have been listed as questionable for Thursday’s tilt against the Milwaukee Bucks.

The two starters have played crucial roles as the primary playmakers in the Heat’s rotation. Winslow also averages the most minutes on the team (35.9) and is usually responsible for defending the opponent’s toughest player.

Meanwhile, Dragic, who leads the team in assists (5.9) and is second in scoring (16.3), has been thoroughly missed as the team continues to struggle in its offensive schemes without its best offensive playmaker.

The Heat take on the Bucks at AmericanAirlines Arena on Thursday at 7:30 p.m ET.
[xyz-ihs snippet=”Responsive-ImagenText”]