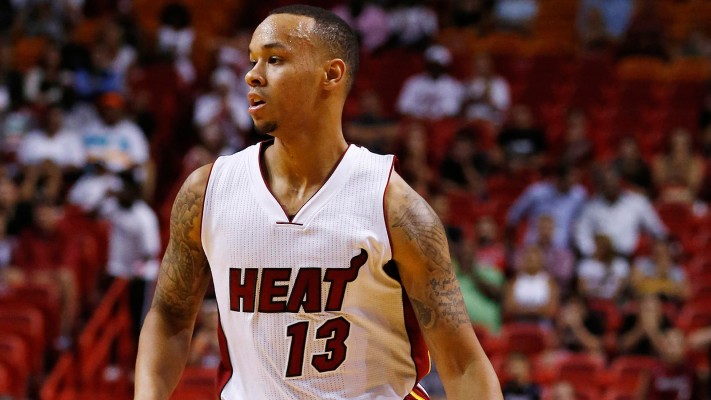 It appears Shabazz Napier’s tenure with the Miami Heat has come to an end.

According to Adrian Wojnarowski of Yahoo! Sports, Napier will be traded to the Orlando Magic with the Heat receiving a protected second-round pick in return.

Napier struggled with his play throughout the season, even being demoted to the D-League on a couple of occasions. His season came to an end after a hernia injury suffered in March. He averaged 5.1 points, 2.2 rebounds and 2.5 assists in 19.8 minutes per game last season.

The Heat acquired Goran Dragic last February and re-signed him to a multi-year contract earlier this month. Dragic will be the team’s starting point guard this season.

Napier’s cap hit for the 2015-16 season was a mere $1.3 million. Even with Miami facing penalties for being over the luxury tax line, keeping the young point guard on the roster would have done little damage in terms of money.

It’s possible the franchise is clearing roster space with the intention of keeping second-round draft pick Josh Richardson on the active roster during the regular season.

Either way, Napier’s run in Miami is unexpectedly over after just one season.
[xyz-ihs snippet=”Responsive-Ad”]