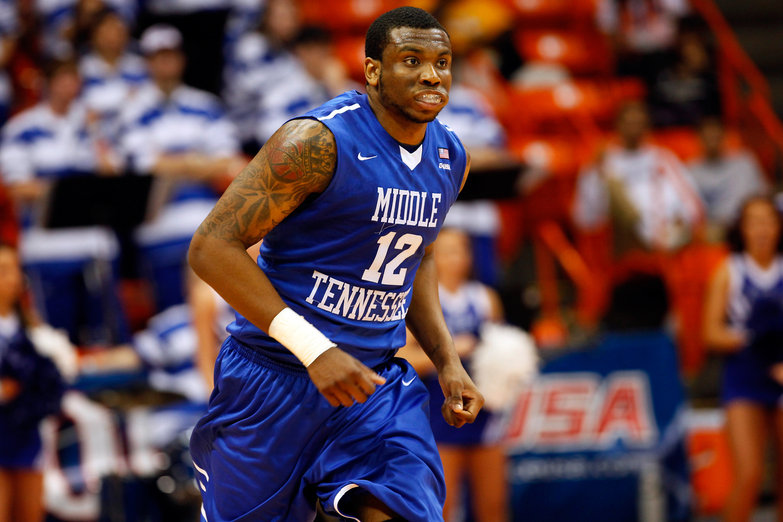 The Miami Heat will add to its training camp roster by signing undrafted free agent forward Shawn Jones to a non-guaranteed training camp deal, according to Shams Charania of Real GM. Jones, who played four years of college basketball at Middle Tennessee State, was on the Los Angeles Clippers’ Summer League squad, averaging 5.0 points and 5.2 rebounds per game. The 6’8” Jones had a monstrous senior year at Middle Tennessee State, averaging 14.2 points and 8.5 rebounds, while shooting 57 percent from the field this past season.

Improving in scoring after every year played for the Blue Raiders, Jones is a physical forward that can certainly get to the hoop at will. Jones is no three-point shooter (two career attempts at Middle Tennessee State) but his ability to clean up on the glass could be critical to a Heat team that suffered miserably in the rebounding department, ranking dead last during the previous season.

The Conference USA player of the Year from last season is a Florida native. Born out of Hialeah, FL, Jones will feel at home as he competes for a roster spot with the Heat. Despite the current roster being full of talented small forwards (Luol Deng, Danny Granger, James Ennis), Jones’ talent in the rebounding department could lead to a possible tweener role at both power and small forward.
[xyz-ihs snippet=”Responsive-Ad”]