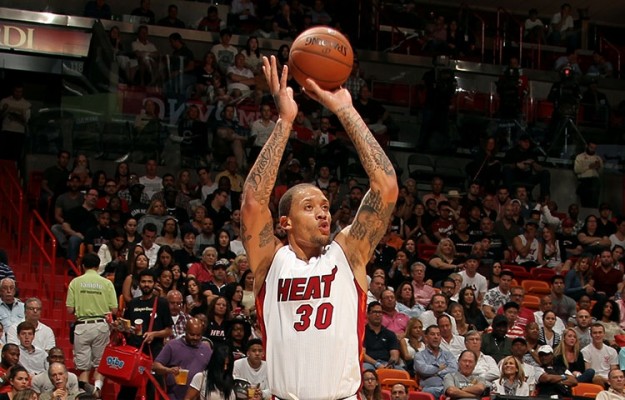 With Michael Beasley‘s second 10-day contract having expired Tuesday, it was not really much of a question whether or not the Miami Heat would re-sign him again.

According to Ira Winderman of the Sun Sentinel and Tim Reynolds of the Associated Press, Beasley is indeed here to stay.

Spoelstra indicated Beasley will be signed for balance of season. Wednesday.

Considering Michael Beasley is making a appearance on team’s behalf later today, there is no uncertainty. He’s staying for rest of season.

Beasley continues to be an important asset to the Heat coming off the bench, as the former number two overall pick in the 2008 NBA Draft has averaged 9.5 points and 3.9 rebounds per game in 10 games for Miami this season.

“Overall, I feel like I’ve gotten better as a player on both sides of the floor and also as a person,” Beasley said Tuesday afternoon after practice. “I feel like I’ve showed I can help a team win.”

As the Heat square off against the Portland Trailblazers tomorrow night at American Airlines Arena, fans can expect Beasley to continue to contribute towards a playoff push.
[xyz-ihs snippet=”Responsive-ImagenText”]