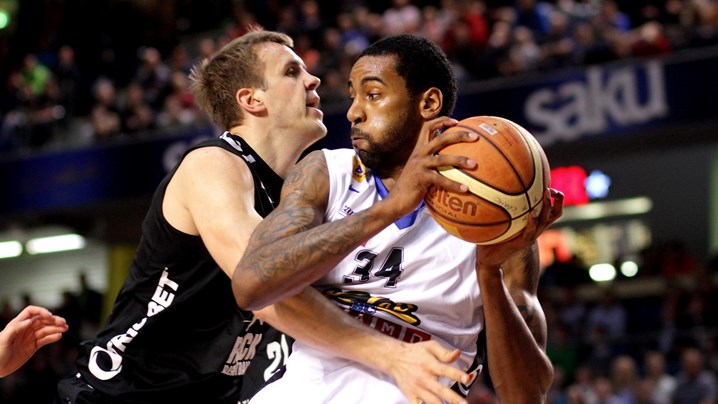 The Miami Heat’s roster is now at a total of 16 players.

Shams Charania of RealGM reports via Twitter that unrestricted free agent Keith Benson has agreed to a deal with the Heat. The length and the terms of the agreement were not disclosed, but Charania describes it as a training camp deal.

Free agent center Keith Benson has agreed to a training camp deal with the Miami Heat, league source tells RealGM. He was 48th pick in 2011.

Benson has minimal NBA experience, having played just three career games with the Golden State Warriors during the 2011-12 season. He was drafted with the 48th overall pick in the 2011 NBA Draft by the Atlanta Hawks.

The center played his college ball at the University of Oakland, establishing career averages of 14.1 points, 8.2 rebounds and 0.7 assists.

Since washing out of the NBA three years ago, Benson has played overseas in Asia and Europe. Most recently, the 6’11” center played in Lithuania and Estonia.

The addition of Benson means the Heat have four more roster spots to fill before they enter training camp. The 27-year-old will face an uphill battle in making the roster due to the team’s depth along the front line—Hassan Whiteside and Chris Bosh will enter the season as starters, with Josh McRoberts, Amar’e Stoudemire, Chris Andersen and Udonis Haslem all competing for playing time off of the bench.

Nevertheless, Miami’s training camp roster is starting to take shape as they prepare for the 2015-16 season.
[xyz-ihs snippet=”Responsive-Ad”]