Miami Heat News: Heat to Be Without Two Key Players on Friday vs. Bucks 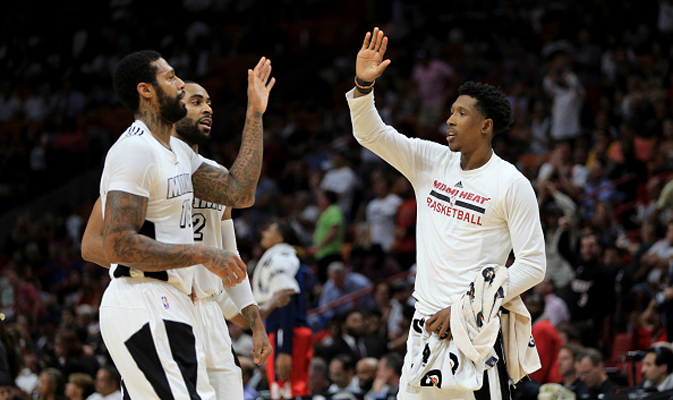 The Miami Heat announced on Thursday that they will be playing the final game of their six-game, West Coast road trip without guard Josh Richardson once again.

UPDATE: Josh Richardson (foot) has been ruled out of tomorrow's game.

Richardson has missed the last two games with what Heat head coach Erik Spoelstra has called a “soft-tissue injury” in his left foot. The second-year shooting guard was playing well before his latest injury averaging 12.0 points on 38.5 percent shooting, 3.6 rebounds and 3.8 assists in the past 11 games he had played in.

Additionally, Heat backup center Willie Reed is questionable for Friday’s game with a bruised sternum as he did not participate in practice on Thursday.

INJURY UPDATE: Willie Reed (bruised sternum) did not participate in today's practice and is listed as questionable for tomorrow's game.

Reed had been in a good rhythm before his latest injury, highlighted by big games against the Phoenix Suns and Los Angeles Lakers. He dropped 22 points and 18 rebounds against the Suns and scorched the Lakers in the paint by contributing another 22 points and grabbing 12 rebounds.
[xyz-ihs snippet=”Responsive-ImagenText”]