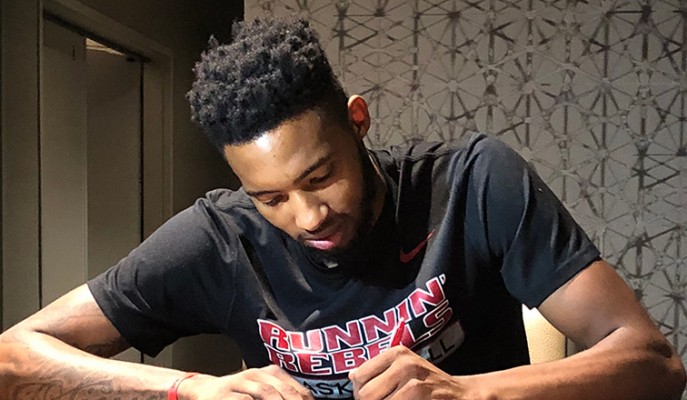 The Miami Heat wasted little time on Sunday after NBA free agency officially kicked off by signing swingman Derrick Jones Jr. to a standard contract. That marks an upgrade for Jones, who was working under a two-way deal last season after he signed with the Heat on Dec. 31.

Miami has signed skywalking wing Derrick Jones Jr., who was on a two-way for them last season. Deal was agreed to basically right when FA opened, and now it's signed.

The 6-foot-7 Jones is just 21 years old and had played in 38 games as a member of the Phoenix Suns over the past two seasons before he was waived last Dec. 7. After joining the Heat, he spent 13 games with the team’s G League team, the Sioux Falls Skyforce, and started eight of the 14 games he played with the parent club. In those games with the Heat, he averaged 8.8 points, 5.8 rebounds and 1.5 blocked shots.

The youth and athleticism of Jones serve as two key reasons why the Heat moved quickly in re-signing him. While it’s unclear if there was any interest in him among other NBA teams, this contract avoids the prospect of being caught in a bidding war over a player who is still developing his skills.

Jones played collegiality for one season at the University of Nevada, Las Vegas, averaging 11.5 points and 4.5 rebounds over 30 games. He went undrafted in the 2016 NBA Draft before being signed by the Suns on September 13, 2016.
[xyz-ihs snippet=”HN-300×250-TextnImage”]