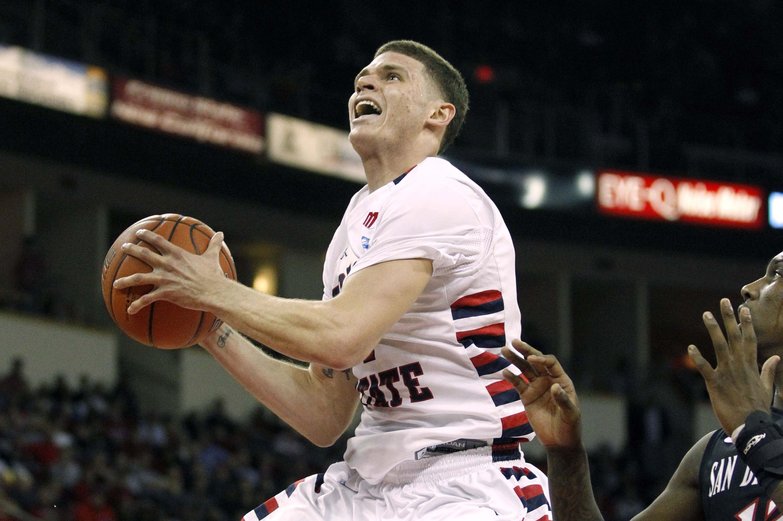 Great news, Heat fans! No, LeBron James still isn’t coming back, but the Miami Heat successfully added youngster Tyler Johnson out of Fresno State (per FoxSports.com) to play alongside mainstays like Dwyane Wade and Chris Bosh.

Don’t let the generic name and “undrafted rookie” moniker fool you; Johnson is proof that it doesn’t matter where you start, it’s where you finish.

Johnson was one of many hopeful prospects battling to make the Heat roster during last month’s Summer League games in Orlando and Las Vegas. After contributing a respectable line worth 12 points, almost 4 boards, and 2 assists per game, Johnson constantly made his presence felt in contests whether it was an authoritative alley-oop finish or follow-up flush off an offensive board.

Johnson is a rangy 6’4” at a lean 185 pounds, and more importantly, he’s a true shooting guard that will allow Miami to run off-the-bench sets with a real 2 instead of relying on an undersized backcourt of two point guards—something Miami was forced to do a lot of last in previous seasons.

Summer league contributions should always be taken with a grain of salt, but from an intangible perspective, Johnson is exactly what you want from a young player—relentless effort, zero nonsense off the court, and he wants to be a teammate. He’s not forcing passes; he’s making them because he values the team first other than himself.

Sure, he’s still extreme rawly, and he still needs to learn how to calm down and knock down the three-ball with more consistency, but there’s absolutely nothing wrong with this signing.

If Johnson can contribute immediately, he gives Dwyane Wade rest off the bench, and it ensures Miami has an energizer to keep them going when offense is tough to come by. More importantly, players like Johnson help accelerate the growth process for other young players. Having someone else to build with in practice and training camp helps construct camaraderie and chemistry while at the same time individually preparing for immediate use.

Overall, not a gamechanger for Miami, but it’s nice to have a guy that earned his way to a roster spot—you know he’s not going to quit when given the opportunity in a regular season game when you call his number for the first time.

After a mediocre offseason to say the least, it’s nice that Miami has yet another young prospect to count on for the future.
[xyz-ihs snippet=”Responsive-Ad”]