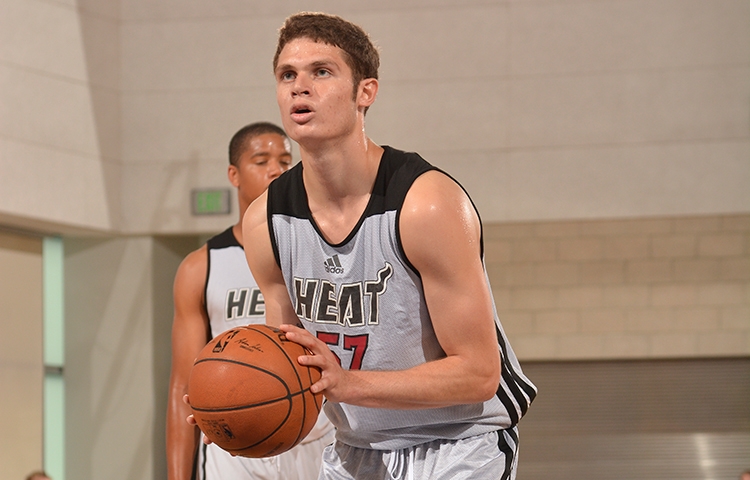 The Miami Heat have finally filled their final roster spot.

Shooting guard Tyler Johnson was called up from the Heat’s D-League affiliate, the Sioux Falls Skyforce, on Monday to fill the vacant roster spot left over for when the team released Andre Dawkins last week. Johnson will likely sign a 10-day contract with the team before Tuesday’s game versus the Los Angeles Lakers at the Staples Center.

The undrafted rookie free agent received a training camp invite during the Heat’s preseason. Despite making just three appearances, the shooting guard impressed in a preseason victory over the San Antonio Spurs when he scored 17 points, including the go-ahead 3-pointer in overtime that sealed the game for Miami.

After being cut before the season started, the Heat signed Johnson to a D-League contract. He averaged 18.5 points in 13 appearances for Sioux Falls this season, ranking third on the squad in total points scored.

The move is with the intention that there will be more depth behind Dwyane Wade. Mario Chalmers has been starting for the past couple weeks at point guard, with James Ennis frequently logging minutes at the swingman position off the bench.

Johnson will rejoin former Sioux Falls teammates Shabazz Napier and Hassan Whiteside with the Heat. Miami is allowed to offer Johnson one more 10-day contract after the completion of his first 10-day agreement. Following the conclusion of Johnson’s second-day contract, the Heat will be forced to either sign Johnson for the rest of the season or release him.
[xyz-ihs snippet=”Responsive-Ad”]