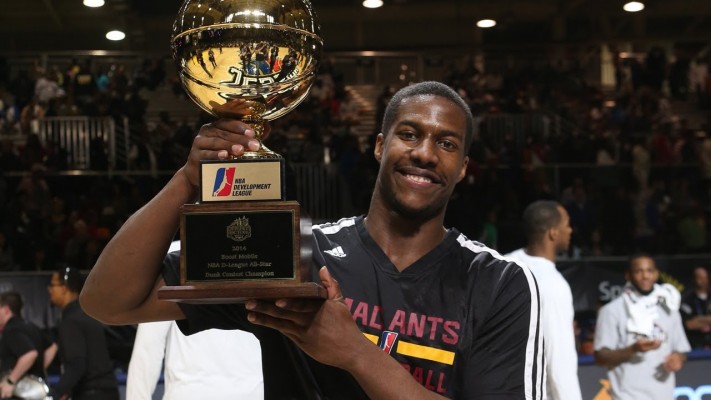 One addition and one subtraction to the Miami Heat roster took place on Thursday when the team announced that forward Tony Mitchell had been signed by the team and guard Larry Drew II had been waived.

Mitchell played three games in the NBA during the 2013-14 season after signing a 10-day contract with the Milwaukee Bucks.

The bulk of Mitchell’s professional experience has come in the G League and playing on the international level. Mitchell started in 52 of his 78 G League games, averaging 32.7 minutes per contest. He averaged 21.2 points, while shooting 42.5 percent from the field. He also averaged 5.9 rebounds, 2.8 assists and 1.28 steals. As a result of his strong play, Mitchell was named G League Rookie of the Year in 2013, while also being named to the All-G League First Team and All-G League Rookie Team

During the past three seasons, Mitchell has played overseas for a multitude of different teams.

Drew II played in just one preseason game, the Oct. 5 game against Brooklyn. In that game, he played five minutes and collected one rebound, one steal and one assist.
[xyz-ihs snippet=”Responsive-ImagenText”]