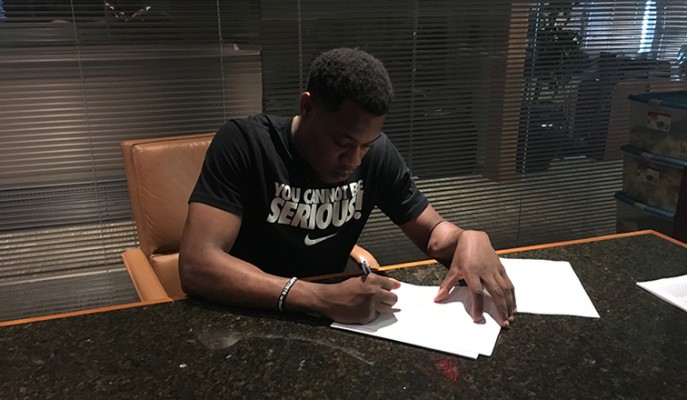 The Miami Heat announced on Monday that they have signed guard Matt Williams to a contract. The 6-foot-5 Williams played for both of the Heat’s summer league teams, first with two games in Orlando that were followed by all six of the team’s contests in Las Vegas.

The Heat have signed UCF 3-point specialist Matt Williams. Deal could get him to Sioux Falls, with $50,000 max guarantee. Not a 2-way deal.

As long as deals do not include guarantees in excess of $50,000, could then be converted to two-way or made into an affiliate G-League deal. https://t.co/pfkUYJE83w

Williams was an undrafted free agent who was signed by the Heat prior to the start of those respective summer leagues. He grew up in Orlando and played collegiately at University of Central Florida. He was part of that program over the course of five years, due to the fact that during his third season with the team he was limited to just nine minutes of action in a single game because of injury.

That cameo performance allowed him to play his final season during the 2016-17 campaign, when he averaged 15.1 points, grabbed 4.3 rebounds and dished out 1.9 assists for each matchup. He shot 38.4 percent from three-point range and broke both the single-season school and conference marks for 3-pointers made with 126 on the year. His most prolific effort came on Jan. 17, when he drilled 11 shots from long-range against in-state rival USF.

With the Heat, Williams started in six of his eight summer league games and averaged 9.9 points and 2.6 rebounds. He really found his three-point shot, connecting on 45 percent of his attempts. The two most notable efforts came when he shot 5-of-8 on his long-range attempts against the Washington Wizards on July 10, followed by a 6-of-9 effort five days later against the Memphis Grizzlies.
[xyz-ihs snippet=”HN-Native-EndofArticle”]