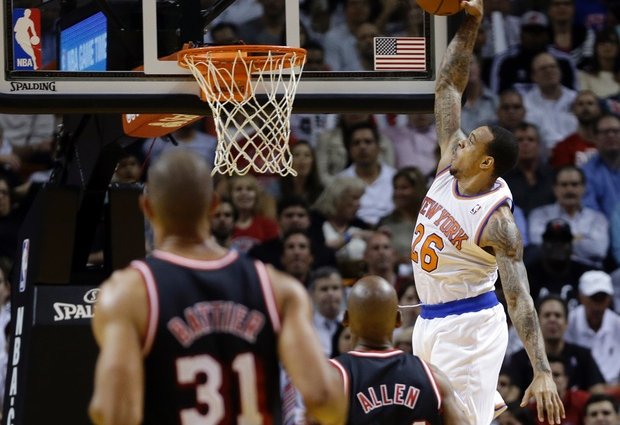 Looks like the mystery of who will play Dwyane Wade’s backup is finally over. After much speculation about the possible additions of Jordan Crawford and Leandro Barbosa among others, the Miami Heat have signed high-flying shooting guard Shannon Brown to a one-year $1.3 million contract.

Heat sign veteran guard Shannon Brown, who is seeking to bounce back after last season http://t.co/cd6qzA1zvk via @FoxSports

Shannon Brown’s contract with the Miami Heat is for one year at $1.3 million, I’m told.

The 28-year old Brown is just what the Heat was looking for at the shooting guard position to provide youth, athleticism, and a scoring punch to a lacking Heat bench.

Brown was last seen on the New York Knicks, but was released in July after the Knicks decided not to pick up their second-year option on Shannon’s contract.

Brown’s best season was on the Phoenix Suns in 2011-2012 where he averaged 11 points and 1.2 bombs per contest while shooting at a 36.2% clip from beyond the arc. With the signing of Brown, it looks like the Heat are only one center piece away for once again competing for an Eastern Conference title. Who will Pat Riley sign next?

Congrats to guard Shannon Brown on signing with the @MiamiHEAT! Best of luck with your new team!