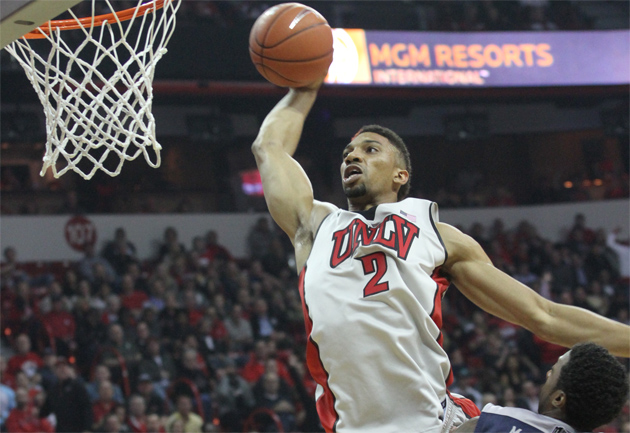 The Miami Heat have signed yet another big. The Heat announced early Sunday through their official website that they have signed 6’9″ forward Khem Birch to round their roster to a total of 17 players. As per club policy, details of the deal were not disclosed.

Birch is an undrafted rookie. The UNLV product averaged a double-double with the Rebels during the 2013-14 season, posting averages of 11.5 points and 10.2 rebounds per game. Birch provides Miami with a much-needed defensive presence as he was named the Mountain West Defensive Player of the Year and finished second in the NCAA in blocks per game and total blocks (124).

Despite going undrafted in the 2014 NBA Draft, Birch impressed the Heat enough during his Summer League stint with the Washington Wizards. The forward averaged 5.0 points, 5.7 rebounds and 1.17 blocks in six games (all starts) during the 2014 Vegas Summer League.

Because of Miami’s lack of size and their desire to improve the interior of the defense, Birch stands a legitimate chance of making the Heat’s 15-man roster at the start of the regular season. The Heat’s current rotation at the big spots currently include Chris Bosh, Udonis Haslem, Josh McRoberts, Chris Andersen and Justin Hamilton.

Hamilton is no lock to make the ’14-15 roster, having appeared in just seven regular season games for the team last season. With the declining minutes and production from Haslem, Birch could carve out his niche with Miami as a defensive force.
[xyz-ihs snippet=”Responsive-ImagenText”]