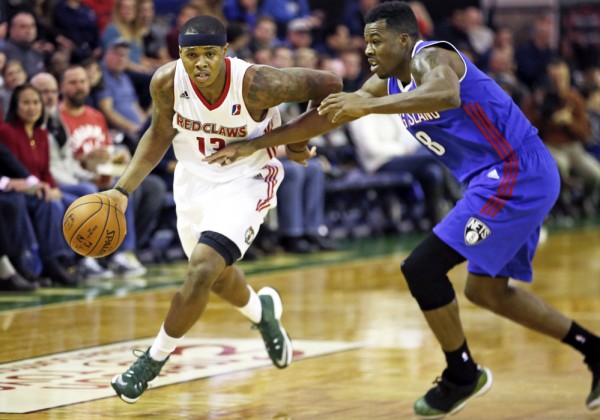 Less than a week after signing up-and-comer Okaro White to a contract for the remainder of the 2016-17 season, the Miami Heat have brought up yet another D-League player in the hopes that he will contribute as White has been able to. As of Wednesday, it was announced that the Heat have signed former Georgia Tech University guard Marcus Georges-Hunt to a 10-day contract.

After going undrafted in the 2016 NBA Draft, Georges-Hunt spent his time playing for the Brooklyn Nets’ and Boston Celtics’ D-League affiliate teams. Now the Heat have given him an opportunity to try his hand at the game’s highest level. Miami was able to sign the 6-foot-6 guard after they were granted yet another hardship exception due to the ailing Josh Richardson.

Josh Richardson is the fourth sidelined player triggering the exception but it does not mean he has to miss any additional time frame.

The aforementioned White was also brought up on a 10-day contract (and then another subsequent 10-day contract) before officially signing with the team last week. The team has gone 11-0 since White’s signing. White has already played significant minutes in crunch-time situations for Miami. Surely, the Heat hope Georges-Hunt will be able to contribute at a high level as well.

The Heat will be without guard Dion Waiters for Wednesday night’s matchup versus the Milwaukee Bucks, so hopefully for them, their newest addition will be able to provide some quality production in his stead. Georges-Hunt, a native of Miami, was averaging 16.4 points, 5.8 rebounds, 4.2 assists and 1.0 steals per game over 32 contests, including 27 starts, for the Maine Red Claws of the D-League. He was even named to the D-League All-Star Game this week. The swingman is also shooting 46.7 percent from the field and 39.7 percent on threes.
[xyz-ihs snippet=”Responsive-ImagenText”]