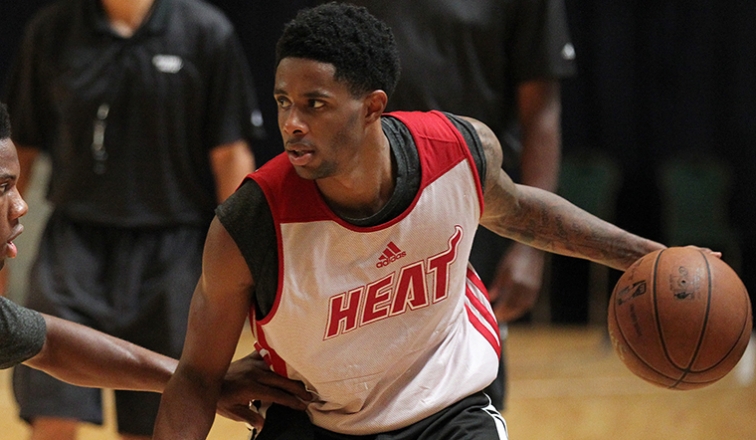 The Miami Heat front office have decided to add point guard Larry Drew II, son of Cleveland Cavaliers assistant coach Larry Drew, Sr. Drew appeared in 11 games with the Heat during the Orlando and Vegas Summer Leagues where he averaged 4.4 points, 3.6 assists, and 1.6 steals while shooting 50 percent from the three-point line.

Drew also spent considerable time in the D-League last season as he helped guide the Sioux Falls Skyforce to the playoffs. He appeared in 41 regular season games, including 36 starts, and averaged 11.4 points and 7.0 assists while shooting 47.4 percent from the field.

Since NBA teams are allowed to designate four players released from their training camp for direct assignment to their D-League affiliates, it is expected that Drew will be waived and added to the Heat’s D-League affiliate, the Sioux Falls Skyforce.

Drew is not expected to be in uniform for the Heat’s final two preseason matchups beginning with the Houston Rockets on Tuesday night.
[xyz-ihs snippet=”Responsive-Ad”]