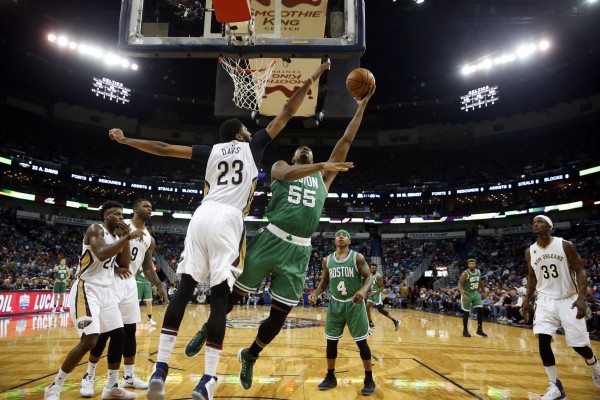 The Miami Heat are looking to add to their already talented roster as they are reportedly finalizing a deal with former Boston Celtics forward and 2015 second-round draft pick Jordan Mickey.

According to The Vertical’s Sham Charania, the Heat and Mickey have agreed to a guaranteed $1.5 million contract with a 2018-19 team option.

The 23-year-old forward appeared in 41 games with the Celtics over his two seasons in Boston and averaged 1.4 points and 1.1 rebounds in those games. He was much more successful during his time with the Celtics’ D-League affiliate Maine Red Claws, when he averaged 20.8 points, 8.8 rebounds, and 2.8 blocks per game. He also averaged 43.8 percent from the three-point line while playing with the Red Claws.

Mickey still has much to prove in the NBA, but with his 6-foot-8 frame and ability to shoot from deep, he could prove to be a valuable asset coming off the bench.
[xyz-ihs snippet=”HN-Native-EndofArticle”]