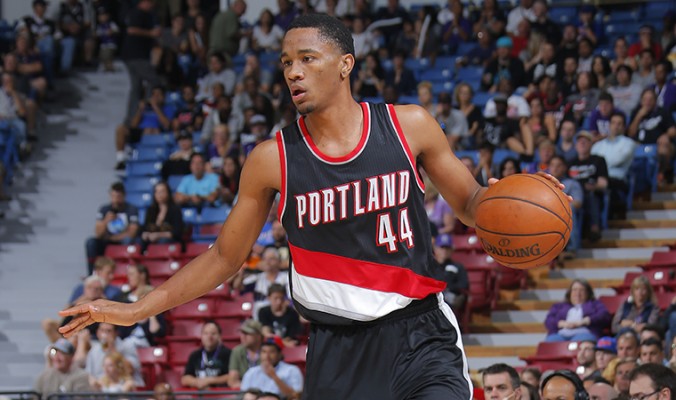 Montero, 23, had played in 12 games with the Portland Trail Blazers last season before getting released a few days ago. The 6-foot-7 guard will most likely be waived by the Heat as well but could be assigned to Miami’s D-League affiliate Sioux Falls Skyforce.

Benson, 28, was signed by the Heat last month and appeared in three preseason games, averaging 7.3 points and 3.3 rebounds. The big man showed potential last season with the Skyforce, playing in 49 games (23 starts) and averaging 13.8 points, 7.5 rebounds, and 1.57 blocks, while shooting 57.3 percent from the field.

Both players could be called back to the Heat later on in the season, similarly to how the Heat have brought back Hassan Whiteside, Tyler Johnson and Briante Weber in the past. The Heat have until Monday’s deadline to trim their roster to the regular season limit of 15 players.
[xyz-ihs snippet=”Responsive-ImagenText”]